The internet is today a gigantic heap of  good genuine information and a lot of mis-information as well. Analysis of information (data) can be presented truthfully or the analysis may be skewed purposely to direct ill-informed and gullible readers to erroneous conclusions. This is Zohnerism. All this can be done without tampering with the actual data itself.  When browsing the net today it is very important to guard yourself against Zohnerism. This write up is an attempt to enlighten readers about Zohnerism, its origin, evolution and prevalence using the substance Dihydrogen Monoxide as a classic example to illustrate how gullible we are.

Zohnerism is defined as a purposeful distortion of a scientific fact so that an unsuspecting and gullible reader draws an erroneous conclusion from it.

In 1997, Nathan Zohner, a 14-year-old student at Eagle Rock Junior High School in Idaho Falls, Bonneville County, Idaho, USA, made headline news when he made a presentation at the science fair project of his school. The presentation was appropriately titled “how gullible we are” and it dealt with a substance known as Dihydrogen monoxide (DMHO) – the unrecognized killer. The audience for the presentation were fifty 9th grade students in his school. At the end of the presentation the audience was asked if anything needed to be done about the substance in question.

The salient points he elaborated upon during his presentation were the following.

Despite all the above dangers, dihydrogen monoxide has numerous beneficial effects and uses as well. 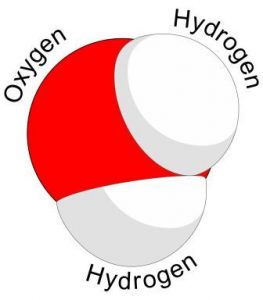 At the end of his obviously well researched presentation which appeared to be studded with so many facts 43 of his 50 classmates (a whopping 86% of the sample size) said they would support a ban on Dihydrogen monoxide! What they all failed to realize is that Dihydrogen Monoxide is plain old WATER (H2O)!

Nathans aim was not to ban water but to demonstrate how gullible people could be. All the arguments Nathan waxed so eloquently about were 100% factually correct. He just skewed all the information in a particular way to mislead his classmates into drawing false conclusions after listening to him. Nathan was appalled that his peers could be so easily mislead.

This phenomenon was widely discussed in the press at that time and in October 1997, a journalist James Glassman working for the Washington Post at that time coined the word “Zohnerism” for this phenomenon. It illustrated how gullible we are and how our rational thinking could be influenced by misrepresentation of facts.

Unfortunately Zohnerism is widespread today especially on the internet and in medical literature as well. Prestigious journals with high impact factors have been forced to retract previously

peer reviewed and published articles after they were subsequently found to convey erroneous conclusions because of skewed fear mongering scientific information. Influencers on social media often use Zohnerism with telling effect. Today with smartphones in our pockets we should guard against being Zohnered on the net!

Before the cocky experiment by Nathan Zohner, the Durrand Express, a newspaper based out of Michigan carried an article on April fools day in 1983 about the deleterious effects of a substance known as Dihydrogen Monoxide which was found in the city’s water pipes. The report caused a few ripples at the time but they died down. The phenomenon of Zohnerism was relatively unknown at the time.

Over the years, surprisingly, there have been several misguided public efforts to warn against DMHO

The famous French philosopher François-Marie Arouet Voltaire is known to have famously quipped about Zohnerism “those who make you believe absurdities can also make commit atrocities”. The implications are ominous especially when there is an ongoing pandemic!

The 1965 Nobel laureate for Physics, Richard Feynman famously said about Zohnerism “the first principle is that you must not fool yourself but you are the easiest person to fool.”

Probably the world’s oldest successful attempt at Zohnerism occurred in ancient vedic India during the Mahabharata war between the Pandavas and Kauravas. Dronacharya took over as the commander in chief of the mighty Kaurava army after the near fatal injury to Bhishmacharya. The Pandavas were in awe of Dhrona and petrified about the thought of taking him on in battle. They hatched a plan to fool the mighty Dhrona and kill him. Dronacharya had a son called Ashwathama. Yudhishtira the most upright and truthful of the Pandavas ordered that an elephant called Ashwathama be slaughtered. He announced aloud that Ashwathama the elephant is no more.

The words Ashwathama is no more were announced aloud but the words  “the elephant” were whispered. Dhronacharya heard only the words that were announced aloud as he was some distance away and coming from the mouth of Yudhishtira,  a truthful and trustworthy warrior, Dhronacharya assumed that his son had expired. He was overcome by grief and he lay down his arms. Soon thereafter he was surrounded killed. Yudhishtira did not tell a lie but he twisted the truth, cetrainly a classic case of Zohnerism. Does Zohnerism exist in main stream media and social media with covert ulterior motives? Ah, but that’s a subject for another big, indepth article in the future.

2 thoughts on “Zohnerism, Dihydrogen Monoxide (DMHO) “how gullible we are””