A weak immune system could leave the body vulnerable to a whole host of illnesses including the deadly COVID 19 disease.  There are several tell tale signs of a weak immune system which can be easily identified and corrected. You could be suppressing your innate immune system by an unhealthy lifestyle as well.

Reasons for a weak immune system

The following are characteristics of an unhealthy life style that will take a toll on your body leaving you vulnerable to infections of all kinds including COVID 19 because of a weak immune system. 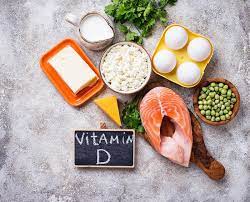 Low levels of Vitamin D inhibit the proliferation of B lymphocytes. They also block the differentiation and immunoglobulin secretion in B cells, which, over time, leads to a weak immune system.  Just 30 minutes of exposure to sunlight 5-6 times a week has huge benefits. Sunlight plays an important role in the synthesis of Vitamin D. Good dietary sources of Vitamin D include egg yolk, fish oils and red meat. The recommended daily intake of Vitamin D is 100 micrograms (4000 IU). 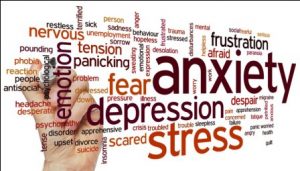 Anxiety and chronic stress cause the release of the hormone cortisol in the body. Cortisol is also known as the stress hormone. A high cortisol level is important for an effective “fight or flight response” of the body to impending danger. However, high cortisol levels also predispose to inflammation in the body. Inflammation inhibits the secretion of Integrin from T helper lymphocytes. Integrin helps T cells bind with invading pathogens. Inflammation from any cause leads to a weakened immune system by suppressing Integrin secretion.

Chronic stress also reduces the lymphocyte count in the blood. Lymphocytes are an important part of a robust immune system. Meditation, Yoga, Pranayamam, pursuing a hobby and staying in close touch with family and friends are excellent ways to mitigate high stress levels. 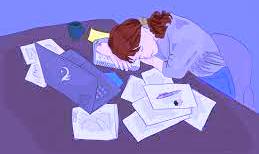 Many immune boosting cytokines are secreted during sleep. Sleep also causes the secretion of the hormone melatonin which has a powerful anti-inflammatory action. Lack of sleep could adversely affect this layer of defence.

Some Medications.
Immunosuppressants given after transplantation of organs, anti-cancer chemotherapeutic drugs and steroids are well known to suppress the natural defense systems of the body.

Some Diseases.
Diabetes, some auto immune diseases, obesity and kidney failure from any cause predispose to an increased susceptibility to infections due to a weak immune system.

A diet which is inadequate in nuts, fruits and vegetables.
Fruits, nuts and vegetables are substrates from which the body synthesizes Vitamin A, C and E. These foods also contain important trace elements such as zinc which are important for prevention of a weak immune system.

Smoking.
Smoking induces a generalized inflammation in the lungs and airways and suppresses the normal ciliary brush system that cleans debris from the airways. Both these effects leave the lungs prone to infections.

Inadequate outdoors time.
Sunlight promotes Vitamin D synthesis. Sunlight also energizes killer T cells by increased synthesis of hydrogen peroxide which improves the mobility of these T cells and causes them to aggregate at the site of infection. Impaired T cell mobility is one of the important features of a weak immune system. It must however be remembered that too much exposure to harmful UV radiation in sunlight (particularly UV-C radiation) has an immunosuppressive and carcinogenic (cancer causing) effect. Too much, or, too little  direct sunlight could both lead to a weak immune system.

Alcohol.
Alcohol can kill healthy bacteria that are normally present in the intestine which are important for a normal immune response. Chronic alcoholism can damage the liver which normally detoxifies the blood. Alcoholism can also suppress the synthesis of albumin which is an important protein that helps to maintain the normal colloid oncotic pressure in the blood. Albumin is also a carrier for several protein molecules which are important for antibody synthesis.

Alcohol consumption can also lead to disordered sleep with its consequent deleterious effects. Even a small amount of alcohol can be detrimental by causing a change in the intestinal micro flora. Alcohol consumption is most often associated with unhealthy eating habits as well. These cascading effects could be very detrimental and progress to a weak immune system.

Lack of exercise.
Physical activity is known to have many health benefits particularly on the cardiovascular, respiratory and musculoskeletal systems. A less known beneficial effect is on its enhancing effect on the immune system.  Exercise decreases the release of stress hormones which can lower chronic inflammation in the body. Exercise promotes sleep.

Exercise also stimulates the secretion of endorphins which reduce stress levels. Exercise also enhances the immunosurveillence capability of T and B lymphocytes. It is however important to remember that a bout of heavy exercise can cause a transient suppression of the immune system.

Inadequate personal hygiene.
A shower everyday and frequent hand washing are the pillars of good personal hygiene to prevent a weak immune system developing over time. The Centre for Disease Control in the U.S recommends washing hands at the following times to maintain good hygiene. Wearing a mask is also an important component of maintaining personal hygiene during these pandemic times.

Signs of a weak immune system