Are all hand sanitizers safe? No they are not. This update attempts to separate the wheat from the chaff. Frequent hand washing, social distancing and wearing a mask are important guidelines to follow for preventing the spread of the COVID 19 virus. Most public health experts would agree that washing hands with soap and water for 20 seconds is superior to using a hand sanitizer. If there are no facilities for hand washing with soap, then the use of a hand sanitizer is an acceptable alternative. The best choice however is hand washing.

Are all hand sanitizers safe ? 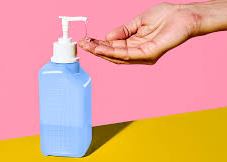 At the time of writing this article, the US FDA has not “approved ” any brand of sanitizer for COVID 19. Any hand sanitizer with an “FDA approved” label is fraudulent and could be toxic as well. Ethanol and Methanol smell almost the same. Differentiating between them on the basis of odour is difficult. Methanol is a byproduct during alcohol distillation and a sloppy manufacturing process could fail to remove it from the final finished product which could result in its toxic manifestations.

Are all hand sanitizers safe? those containing methanol certainly are not. Methanol toxicity can occur with ingestion, inhalation and transdermal absorption through the skin. It typically manifests 12-24hrs after exposure. Blindness, seizures, severe metabolic acidosis and vomiting are common manifestations. Ocular manifestations of methanol toxicity are secondary to optic neuropathy and retinal pigmentation. Are all hand sanitizers safe for children? None of them are! Accidental ingestion by children can result in death. Approximately 30ml in a child and 200ml in an adult could be lethal.

When alcohol dehydrogenase is inhibited, clearance of methanol is prolonged from approximately 8.5 mg/dL/hr to an effective half-life of 45 to 90 hours. Fomepizole is usually given intravenously. An initial loading dose of 15 mg/kg, followed by an infusion of 10 mg/kg every 12 hours for 4 – 5 cycles or continuing until the methanol concentration in the blood is less than 32 mg/dl. Ironically intravenous ethanol can also be used to treat methanol toxicity.

Recomendations for the public

As  answers to the question: are all hand sanitizers safe? Here are some useful nuggets of information.

35 thoughts on “Are all hand sanitizers safe and potent? No!”